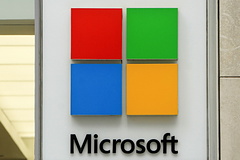 Microsoft will support updates to the outdated Windows 7 for at least another three years. This is reported by the German edition of Deskmodder.

Experts drew attention to the July updates KB5015861 and KB5015862 and found keys in the code to renew the license for Windows 7 over the next three years. According to one of the licensing documents, the company will support the legacy OS until January 7, 2026. In this regard, enthusiasts have suggested that Microsoft abandoned plans to «bury» Windows 7.

At the same time, the authors noted that the American IT giant will only support paid corporate versions of the operating system intended for organizations. These include Windows 7 SP1 Enterprise, SP1 Pro, Server 2008 R2, Embedded Standard 7, and Embedded POS Ready 7.

Official support for Windows 7, which was released in October 2009, ended in 2020. Deskmodder journalists noted that, according to Statcounter, the share of the popular OS is 11.54 percent — for comparison, the share of the current Windows 11 is 10.96 percent. The authors emphasized that longer support for Windows 7 will allow users of the system to give more time to switch to a new OS.

At the end of June, Microsoft announced the end of support for Windows 8.1. According to the company's specialists, support for the operating system will be terminated on January 10, 2023.